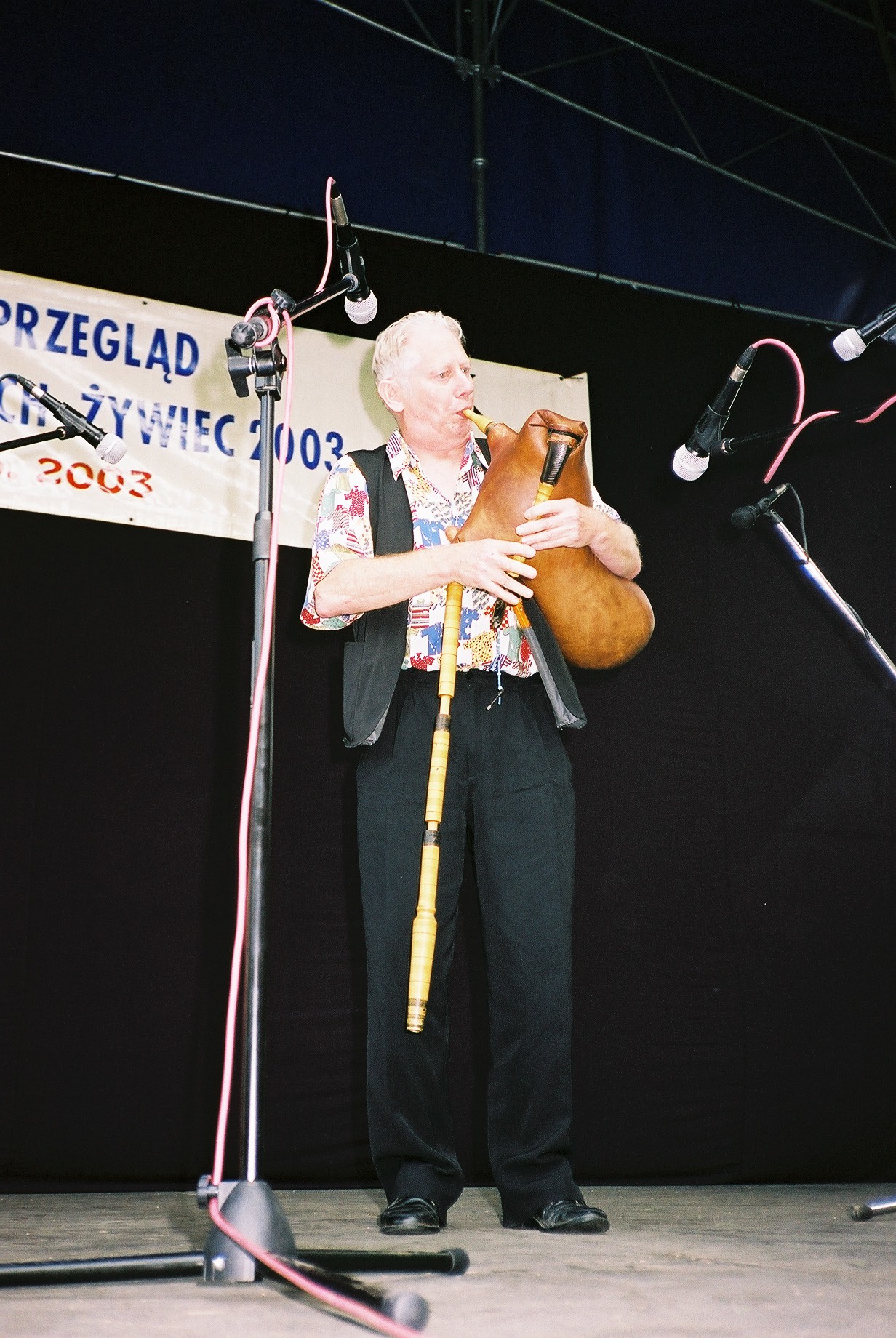 My name is Wiebe Stodel [pronounced 'Vi:bə 'Sto:dəl]. Born in Amsterdam (1944), I'm a Dutch amateur musician, and play several wind instruments. Originally "specialising" in Baroque, Renaissance and Mediaeval music, I was introduced to traditional Balkan music in 1961, when I was asked to participate in a "folkloristic dance ensemble", the accordionist of which invited me to join him and form a duo. The leader of the dance ensemble gave me a Serbian frula (a semi-stopped duct flute) and a 17cm gramophone record (Philips 402 139 NE) with 2 melodies played on that instrument. This was on a Thursday evening, when I was asked if I could play at least one of those melodies during their performance scheduled for the next Sunday. Fanatic as I was already then, I started practising with the accordionist, and at that concert we played both melodies. My love for this kind of music was born… and (being 17 years old) even though financially rather limited at the time, I started to collect some records of it.

The natural next step was my first trip abroad, to Yugoslavia, in 1966. There I bought my first bagpipe, a Macedonian Gajda, from Panče Janev in Skopje, who made his living as a carpenter, but also made musical instruments. He showed me how to play it, and advised me to buy an extra (lower pitched) Gajdarka (chanter) and an extra Srednik (centre piece for the Bučalo (drone)) to go with it. Back home, my first attempts to play it were based on the recordings of Pece Atanasovski. It took some time, but finally I succeeded in mastering the instrument and its music…

Over the years my "instrumentarium" (A Dutch/German term which, in my opinion, deserves to be used in English and other languages as well) grew considerably, until I needed a special waistcoat with many pockets to hold 12 instruments when performing. The advantage of this waistcoat is the fact that instruments maintain a perfect and constant temperature, are always within reach, and safe from injudicious touch. The only instruments that are impossible to carry around that way are my bagpipes, of which I play several types. On stage, however, I usually limit myself to the Macedonian Gajda, the Moravian Hrubé Gajdy, to which I sing, and the Galician Gaita.

The birth of my Dictionary.
Being also interested in languages, and (fortunately) having a talent for that, as well, I was able to enter the realm of the terminology of the instrument, too. During my wanderings through Europe I collected books on traditional musical instruments, buying all the books on the subject I could find. The language was unimportant, because I also collected dictionaries and grammar books (mostly in the "local" language because they are the best to get used to the application of grammatical forms and idiom).

As far as terminology is concerned, bagpipes appeared to be (for me) the most interesting instruments. In the early 1990s I was able to purchase a book about the bagpipes and hornpipes of former Yugoslavia. Its title: »Sviraljke s udarnim ježickom« [Aerophones with a beating tongue] (Zagreb, 1937), written by Božidar Širola. In fact, the contents of this book with its many valuable and meticulously described details, was instrumental in my decision to start my project, so I started to collect as much information as possible, and "finally" decided to make an attempt to compose a dictionary of bagpipe terminology. Once started, I noticed that in several reliable studies attention was paid to instruments that were considered to be related. Therefore I decided to include them in my project. The contents of my website is the result of 25 years of research, which involved the reading of some 900 books and articles on the subject, many of which I was able to add to my private collection.

At present the website contains the complete collection of my files, i.e. nearly 8.000 entries in some 120 languages and dialects, covering 4 types of instruments: Bagpipes, hornpipes (including Launeddas), bladder pipes, and Southeast Asian mouth organs. I realise that I still have a lot of reading to do, and that I'll be unable to find all the answers to the questions with which I'm left, but I sincerely hope that my project helps all those who are interested in the subject to understand more of the diversity of the character and functions of these instruments. I have tried to be clear in my definitions and remarks, hoping that the information appeals to musicians, professional or amateur, scientists and laymen…

Lately I was able to add a list of Museums, Festivals, and Organisations to my files, too. The completion of this list and the necessary basic details proves to be a problem, however, because too many organisations (of festivals) didn't respond to my questionnaire, yet.

During the past decades I came in contact with many fellow musicians throughout Europe (some of them even non-European), who introduced me to their local or regional musical practices. Of course many of them have given me information which I was unable to find in the literature available to me. Their names can be found under the heading Personal communication.

A year ago a friend of mine, Frits Broekhuis, was so naïve to offer and help me to prepare my files for the internet. After 25 years of working alone, it proved to be a revelation of new opportunities. Of course, it was rather difficult to have to adapt a great deal of the framework I had constructed to new ideas, but it was a great pleasure to see that "my child" was growing up under the guidance of a capable teacher. I am already happy with the preliminary result. Preliminary, because I'm planning to read through all of the contents of the website and correct, or improve it wherever I can, and add a contact form which provides the opportunity to react to any of my observations…